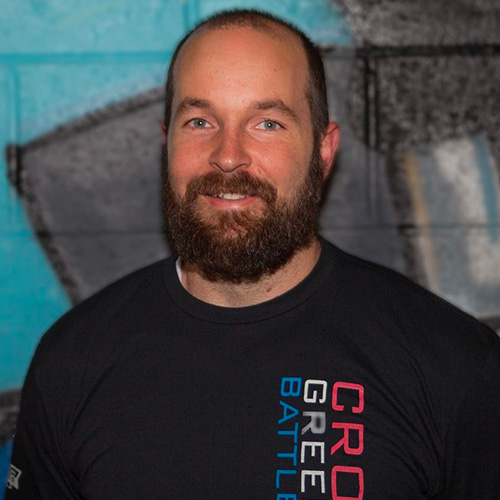 Coach Jason Brouckaert has been CrossFitting for five years, but he’s been involved in sports much, much longer than that. Jason has a background in karate, baseball, football, hockey and rugby.

“I’ve always had a passion to coach ever since karate and football,” he says. “While playing rugby, I had a couple CrossFit classes. Once I drank the Kool-Aid, I was hooked. After CrossFitting for a while, I wanted to take it to the next level, so that’s why I wanted to start coaching.”

When Jason isn’t at the gym, you can find him hiking with his three dogs and woodworking.

His favorite quote is “Hard work pays off.” – Mat Fraser